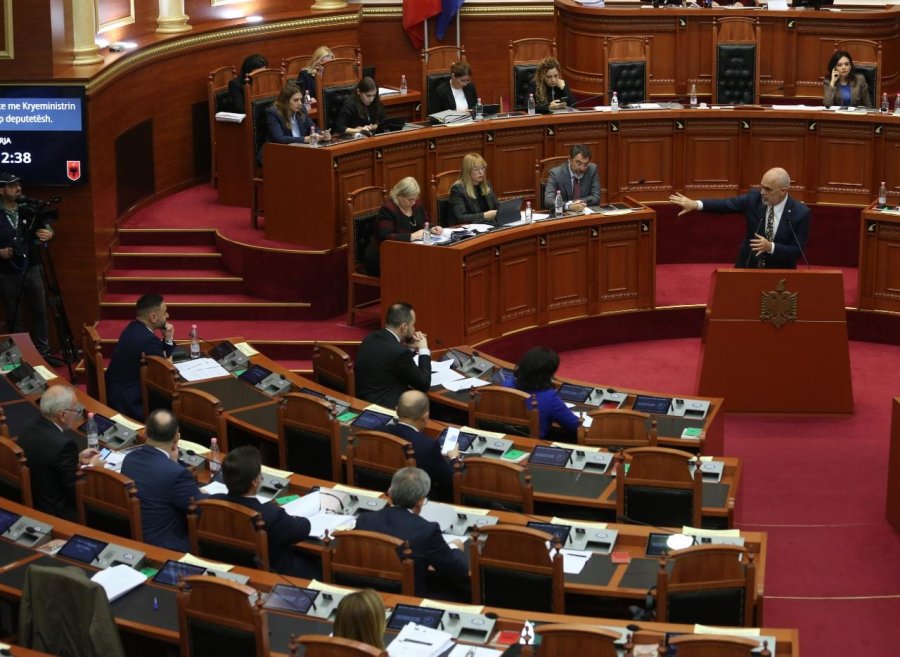 Albanian PM Rama finds an excuse for the floods: It’s the global warming

Albanian Premier Edi Rama found another excuse today in the parliament concerning the disastrous management of the floods caused by heavy rainfall. He said floods have come because of the global warming, unlike the floods during the Democratic Party government.

“At that time there were many more floods when floods were a rare thing in the world. Today they still happen, but there are different kinds of floods. When I used to speak then, the floods were caused by man, not God. Waters in the floods of that time reached the roofs”, said Rama.

“If I take my iPhone and put it in a hole of water here at the hall I can simulate a global flood. But the reality is the one I’m saying and fortunately it is said also by the Municipality of Shkodër that is run not by the Socialist Party but by one of the fiery men of what once was called the Democratic Party”, said Rama.

The Prime Minister said it is not necessary to declare the state of emergence.