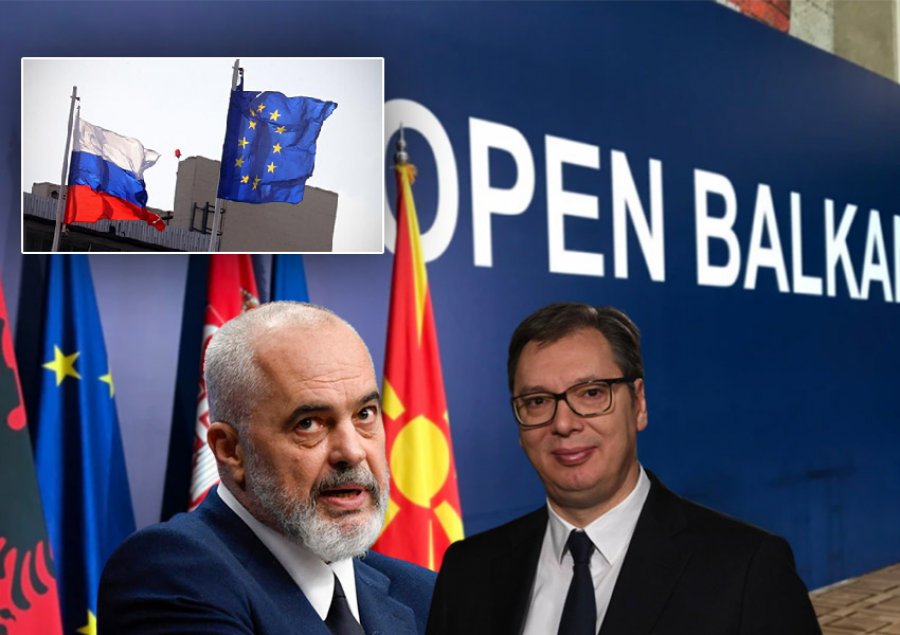 Rama by Vučić’s side: EU pressure on Serbia for sanctions against Russia is excessive

Albanian Premier Edi Rama joined a radio show by Alaister Campbell and Rory Stewart entitled “The rest is politics” in which he repeated his support to Serbian President Aleksandar Vučić and tried to defend him against “too much pressure” that is put on him by the Western countries. Serbia has failed so far to join Western sanctions against Russia, but Rama says Vučić needs to be understood because of Russia’s influence.

“Russia has its most visible influence from Republika Srpska in Bosnia to Serbia itself, to Montenegro. 80% of Serbs see Putin as a hero who is showing his teeth to the West. I was also concerned because of course Putin is trying to exert and use his influence to destabilize the Western Balkan region and that would happen in a way easily if the West puts pressure and pushes Serbia beyond a certain limit to impose sanctions against Russia”, said Rama.

“Serbia cannot impose sanctions on Russia, as this is basically impossible, because they cannot live even a single day without Russian gas. Second, it is because of public opinion. Thus, asking too much and too soon from Serbia could have proved disastrous for the Western Balkans. This would destroy a process that we have undertaken in the Western Balkans, a process of rapprochement and cooperation, building peace, as well as the Open Balkans initiative. Serbia, on the other hand, has come a long way, because it was a big surprise that they voted three times against Russia in the United Nations, including for Russia's exclusion from the Human Rights Committee. So as long as the issue of sanctions isn't so pressing to destroy these things, I'm not that worried”.