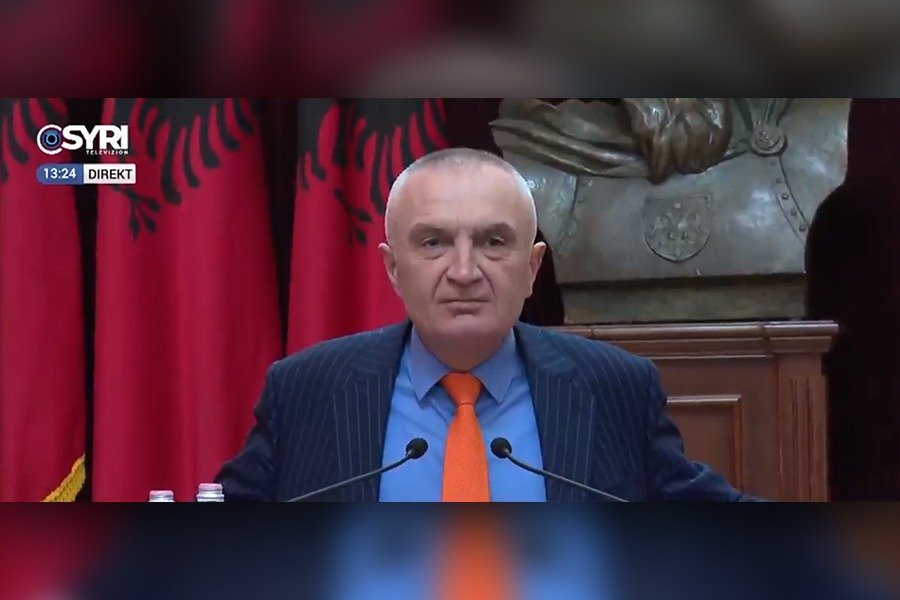 President Meta comments the situation at the Democratic Party: Basha is not a legitimate chairman

“This is a crisis of legitimacy, dualism, and other things, they have admitted it. It’s true the gentleman was elected in the party elections, because he had the support of Berisha, Paloka, Vokshi, Këlliçi”, Meta said, referring to the persons Basha has now expelled from the Democratic Party.

“Suddenly, these people not only withdraw their support for him but they also question his legitimacy. It’s his duty to establish his own legitimacy. He said ‘there will be no National Assembly’, then, after the signatures were gathered, he announced the convocation of another Assembly. He did not put a motion of confidence for himself in the agenda. If you want to save the party and show you are different, then bring the assembly forward one week”, said the President, commenting about the two National Assemblies of the Democratic Party.