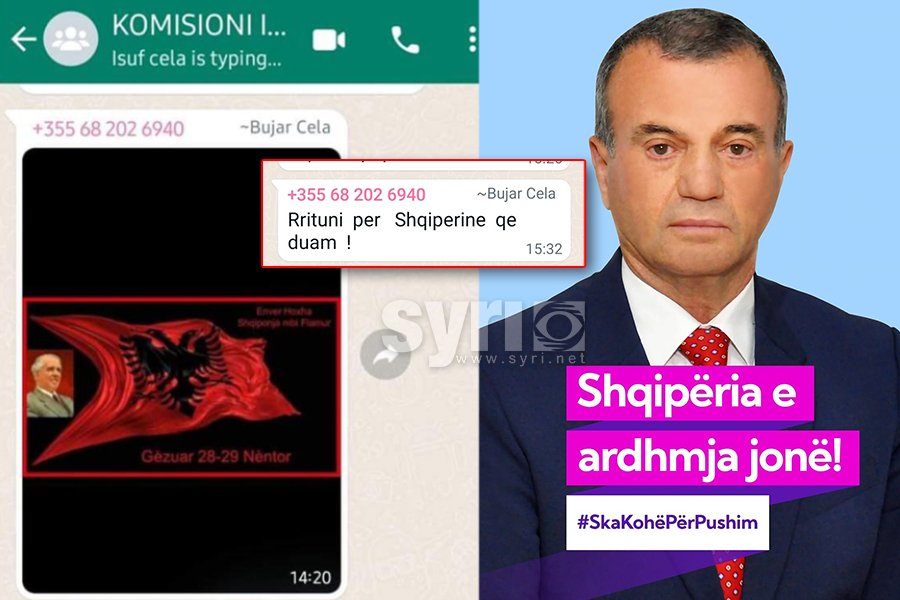 After eight years in power, Socialist MPs do not bother any more to hide their adoration for Enver Hoxha.

Çela sent the WhatsApp message to his colleagues in the parliamentary Commission of Security. A later message showed not only he did not regret sending Hoxha’s picture, but insists with the adoration for the dictator’s figure.

“Grow up for the Albania we want”, Çela wrote, using Premier Edi Rama’s and his Socialist Party’s electoral slogan.

“Be a man and live the time”, Çela wrote in his next message addressed to opposition MPs that asked him to remove Hoxha’s picture.