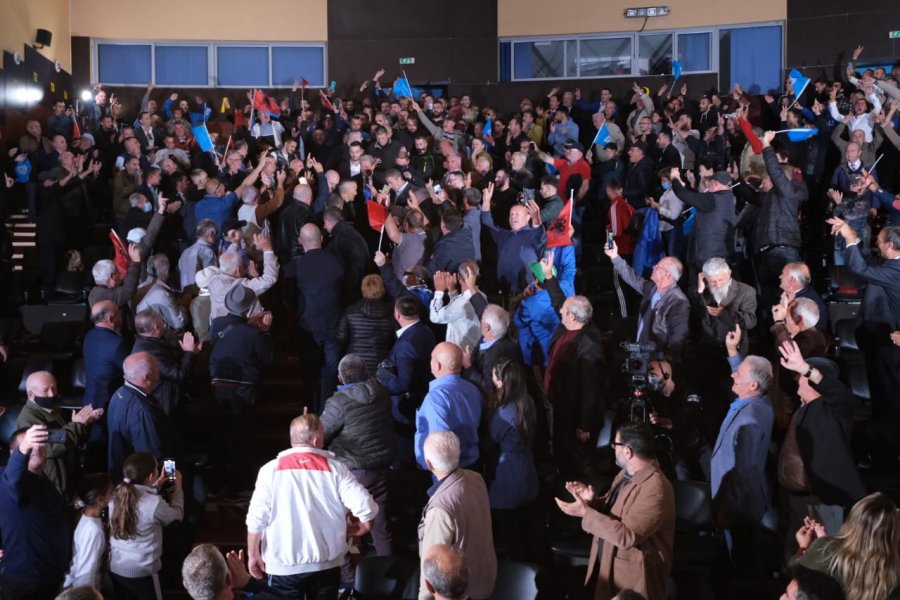 Berisha announces candidature for the chair of the Democratic Party, promises open and equal race

Former Democratic Party Chairman Sali Berisha announced he will run again for the post against incumbent Lulzim Basha. Berisha is making a talking tour across the country, meeting party members and supporters after Basha expelled him from the Democrat parliamentary group. The base has called for an extraordinary national assembly, but Basha has rejected the calls.

Despite no race has been announced, Berisha said he will run to return as chairman eight years from resignation, at the wake of loss in the 2013 general elections. He promised it will be an open and equal race for all the candidates.

“I invite every delegate of Kavaja, every delegate to the National Assembly to sign the petition for the convocation of the Assembly, to sign for statutory changes, to transform the Statute into a book of the rules of our freedom and dignity”, Berisha said. “I believe in the democracy and Democrats”.

Earlier Berisha said the goal is to restore the vote in the Democratic Party and setting the primary elections.