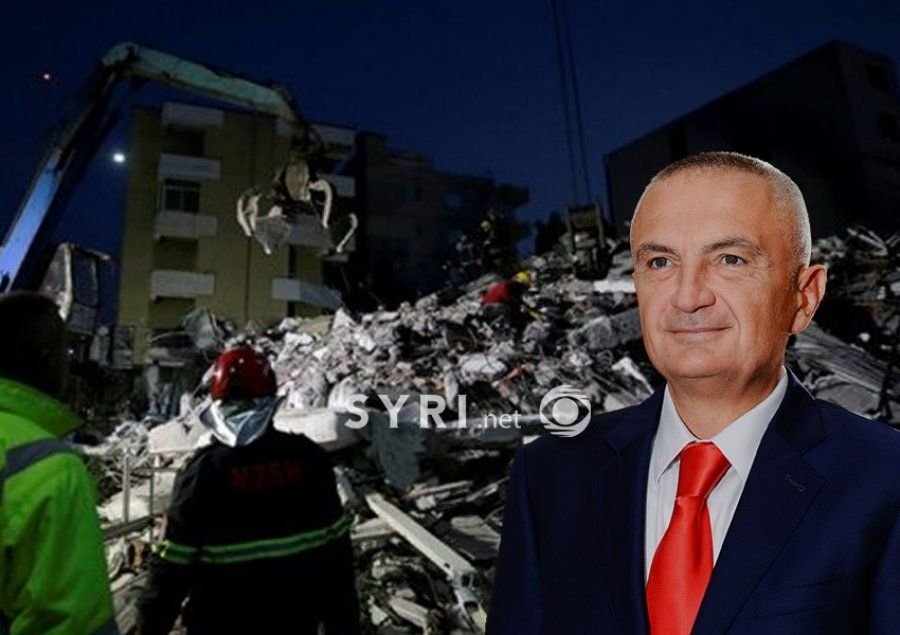 President Meta remembers the earthquake: One year later, no one was held accountable

One year after the devastating earthquake of November 26, 2019, Albanian President Ilir Meta has called for less propaganda and more transparence from the government. Meta sent his condolences to the families of the 51 victims of the earthquake, saying it is unacceptable that one year later many of the affected families do not have shelters yet.

“Today is the first anniversary of the strong earthquake that took the lives of 51 citizens and destroyed the houses of many others. I’d like to express my deepest solidarity. One year later, it is unacceptable that safe shelters haven’t been guaranteed to the families that were most hit by the earthquake”, Meta said.

“Due to the serious conditions they live in, they’re more exposed to the pandemic. Let’s increase the efforts to be close to them, with less propaganda and more work and transparence”.
Meta also appealed to justice organs to hold accountable the persons responsible for the low quality of many buildings that collapsed. The Albanian President did not forget to thank again the neighbor and friendly countries for the “generous help to the Albanian people”.