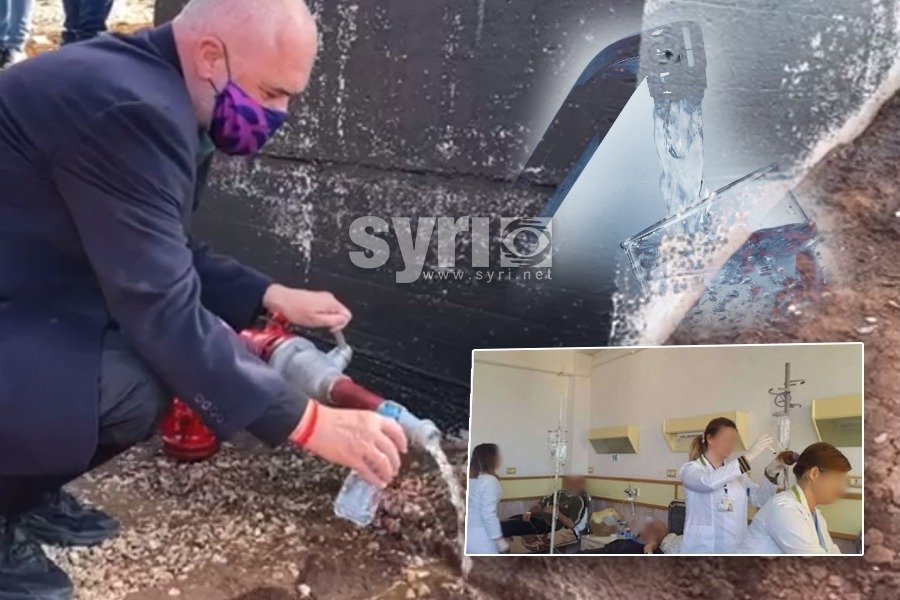 Presence above the norm of ammonia in the water may have caused the poisoning of hundreds citizens of Kruja. The physical-chemical analysis of the water that have been published by Kruja’s directorate of water supply and canalization have raised the suspicion that torrential rains of the last Saturday and Sunday have caused the contamination of the potable water. However, the directorate said it remains to be verified because the previous analyses resulted within the normal levels.

A few months ago, during the electoral campaign, Kruja’s new water supply system was inaugurated by Albanian Premier Edi Rama, who drank water from a plastic bottle filled there.

Only a few months later, the quality of Rama’s perfect water changed for the worse. It was contaminated and poisoned massively the local residents. The official release speaks about ammonia, but in fact it was animal excrements that penetrated to the water, of course due to the heavy rains, but had the pipes and isolation been within the standards, it wouldn’t.