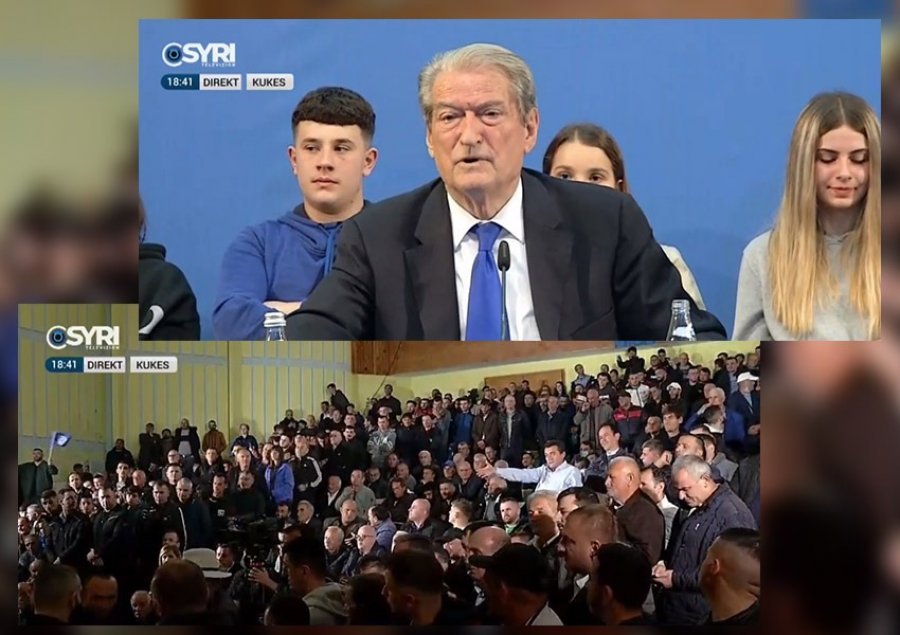 Berisha: The Democratic Party is ready to welcome factions, we’re not afraid of freedom

Historic leader of the Democratic Party Sali Berisha said in Kukës the party would be open to factions. Berisha said anyone that would like to create a faction would be welcome.

“Our tasks ahead are hard, but we will unite to fulfill them. Our talking tour is an appeal for the unifications of Democrats, from the founders to the newest members”, said Berisha, who led the party as chairman from February 1991 to March 1992 when he became President of Albania, and in a second spell from July 1997 to June 2013, when he stepped down after losing the elections to Edi Rama’s Socialist Party.

Berisha said the “former chairman”, referring to current Chairman Lulzim Basha, eliminated the race in the party and promised this practice will be over. “Civilized and powerful is that political force where each member has a vote. The votes make the weight of the chairperson, members and so on”, Berisha said. “Anyone who is capable of creating factions would be welcome starting from today. We are not afraid of freedom. Factions will make this party much more democratic”.