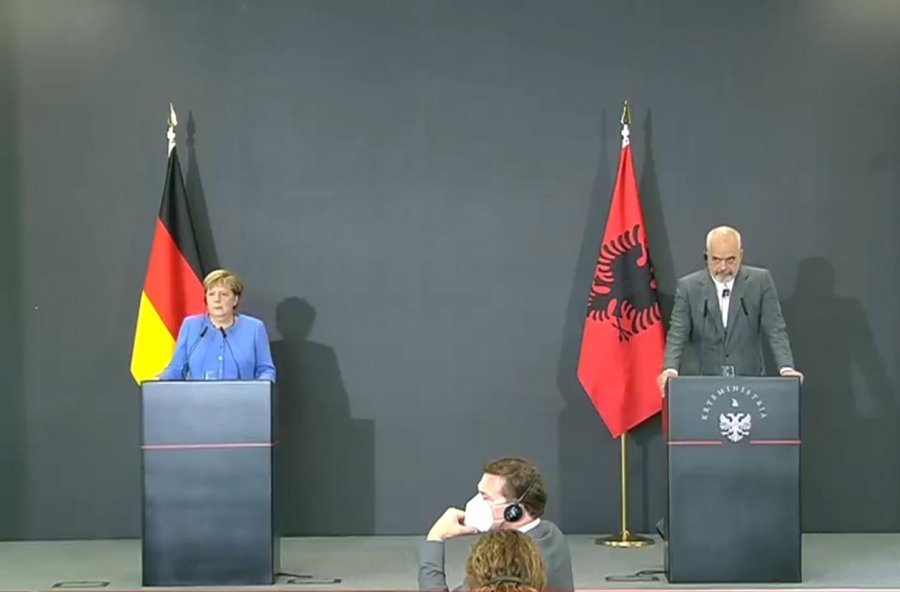 Merkel in Tirana: Go ahead with the Process of Berlin and the regional market

German Chancellor Angela Merkel and Albanian Premier Edi Rama gave a joint press conference today in Tirana. The German Chancellor highlighted the importance of continuing with the initiative of the regional market.

“(Germany’s) relationship with Albania is very good. We can improve it further. I’d like to compliment Albania for the initiative of the judiciary reform”, Merkel said.

“The opening of the negotiations with EU did not happen during the German presidency due to the Bulgarian veto, but we have invested a lot of energies. The cooperation has strengthened in many dimensions. We have talked about the start of work for the Freeway of Peace. I’d like to commend the initiative of the regional market. Not everyone has joined the initiative. Some have started, some are thinking to join the Process of Berlin. I’d like to underline that the Process of Berlin is not a replacement of EU membership”, Merkel said.