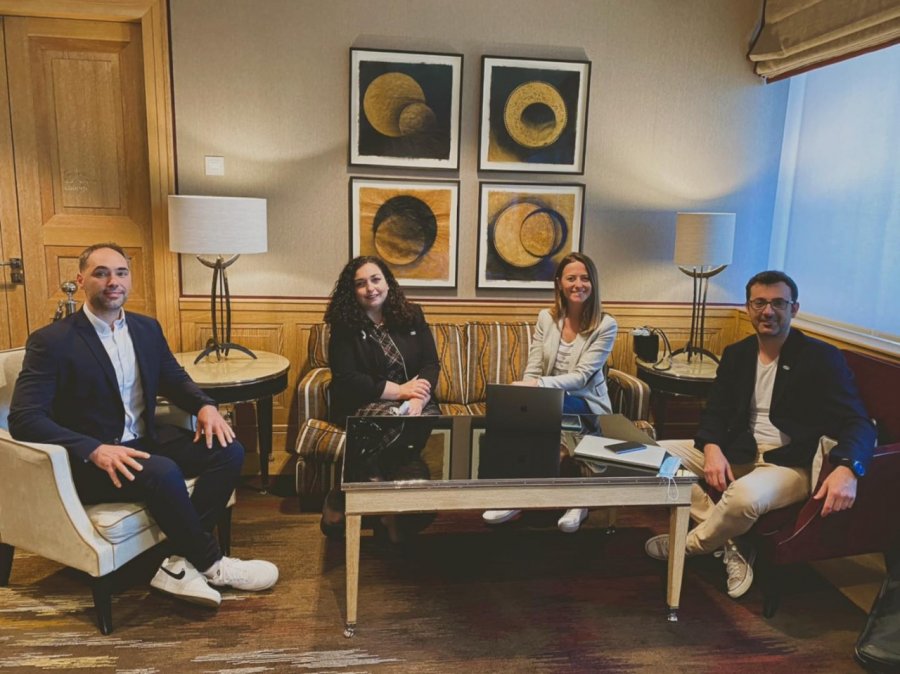 Kosovo President Vjosa Osmani said in Estonia today Kosovo is determined to continue the dialogue with Serbia, but the option of borders correction is unacceptable.

President Osmani made the statement in a joint press conference with Estonian President Kersti Kaljulaid.

“Kosovo is determined to continue the dialogue and we have continued to cooperate with the neighboring countries, including Serbia, which has never apologized for the atrocities commited in the region. This phase of the dialogue is a new chapter for Kosovo but we have our red lines about what should not be put for discussion”, Osmani said.

“We’ll never discuss upon our final status. Kosovo is an independent country. A borders correction will never be accepted in any way. We won’t accept models like that of Republika Srpska in Bosnia either, because we want to protect Kosovo. Another important question is that of the disappeared persons. Serbia must tell where they are”.