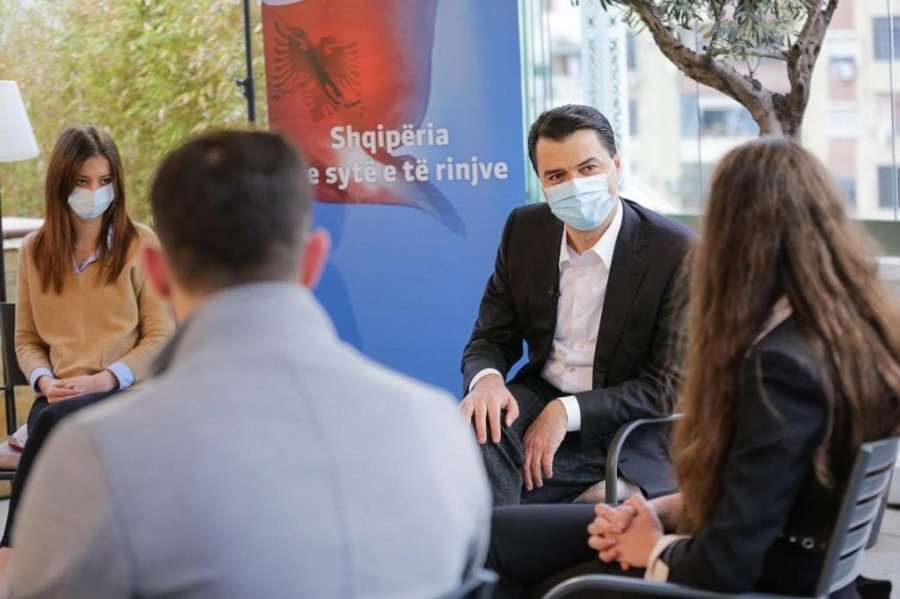 Democratic Party Chairman Lulzim Basha met today a group of students of the Tirana University Law School to listen to their concerns. Basha said he is aware of their difficulties, disappointments, and lack of possibilities to work in their field of expertise, because of corruption and politics interference in justice.

“Today in Albania, unless you have connections in the ruling party, you will not be listened to. You may be an excellent student, but you will neither be heard, nor find a job in your field”, said one of the students.

Basha said justice must be a weapon against corruption and that will be reached only by taking justice away from the hands of the ruling party. “As long as the government, the Prime Minister, invest everything only not to be taken before justice, how could there be justice?”, Basha asked. “As long as justice is under the control of the legislative and executive powers, there won’t be justice, no matter how hard you try. There will be only corruption and impunity, and the citizens, your parents, you will pay the cost”.

“Many say justice has been seized by the ruling party and this is another reason to separate from the ruling party on April 25 2021, because we know that with the future government at least justice will not be an asset of the executive and, as you know, this is one of the guarantees for  rule of law”, Basha promised.