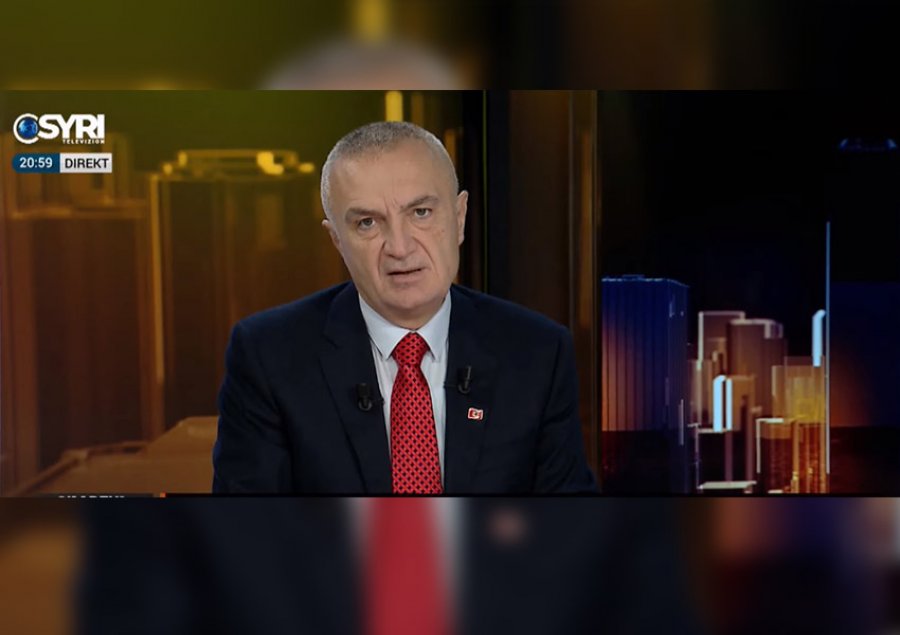 President Meta: My battle for the Constitutional Court is far from over, it will continue

Albanian President Ilir Meta declared today the Albanian state has fallen into an abyss and has taken with it the rights of the Albanian citizens. President Meta was speaking with host Çim Peka on his show Çim Peka Live on Syri TV. Asked whether will be another March 2, Meta said this battle is far from over yet. On March 2 2020, Meta called the Albanian citizens in a huge rally in the Albanian capital, to protest against Edi Rama’s seizing justice and the Constitutional Court.

“March 2 is absolutely not a battle left in half”, the President said. “March 2 is not Meta’s personal battle”.

“I invite Albanians to understand the abyss where the state has fallen, where their rights have fallen too, in a constitutionally speaking, and this battle will continue till the restore of the constitutional order in the country”.

President Meta added the country is in a crisis of legitimacy which will be solved by the Sovereign on April 25.

“The attention must focus on April 25, in addition, of course, to the pandemic, which is immediate. After April 25 the full legitimacy of the institutions will be guaranteed”, Meta said.