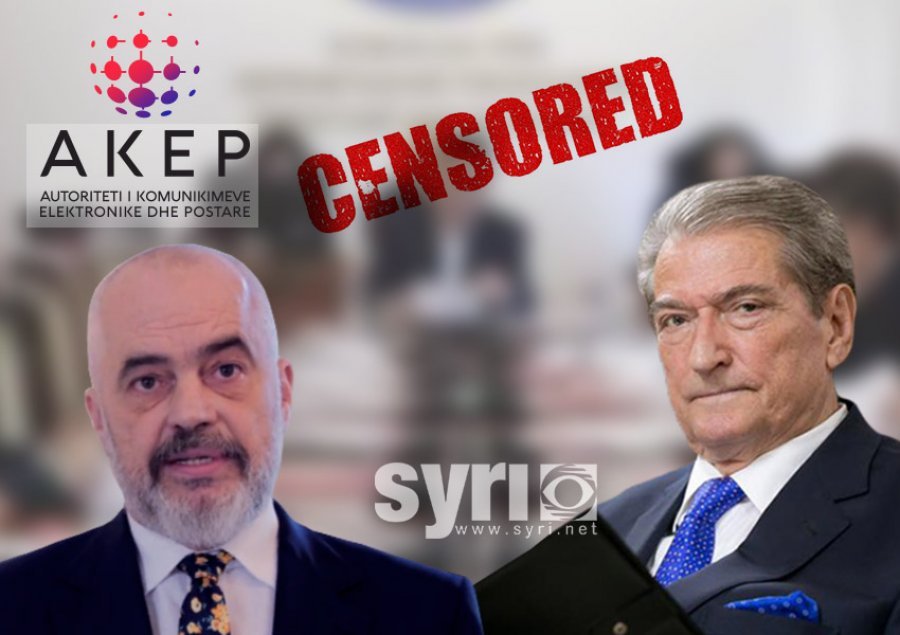 Berisha: Vetting organs will ask from AKEP and Facebook the closure of portals and posts that expose Rama’s corruption

Albanian Premier Edi Rama stands firm in his intention to censor the portals that expose his government’s corruption. It is understood he has requested from the Authority of Mail and Electronic Communications (AKEP) to block the portals and social networks that publish reports on his corruption.

Former Premier Sali Berisha denounced the fact after a tip from one of the vetting organs officials.

“Unprecedented! Edvin Kristaq the Executioner is using the vetting to set censorship. The vetting organs, per Rama’s order, will ask AKEP and Facebook the party to block portals and posts that publish their corruption and secrets. What a shame!”, Berisha wrote, also posting the message he had received.

The message said that “ordered from above, the vetting organs will request from AKEP and Facebook the closure of some portals and accounts that are taking off the fake mask of the process with the pretense of fake news about the reform”.