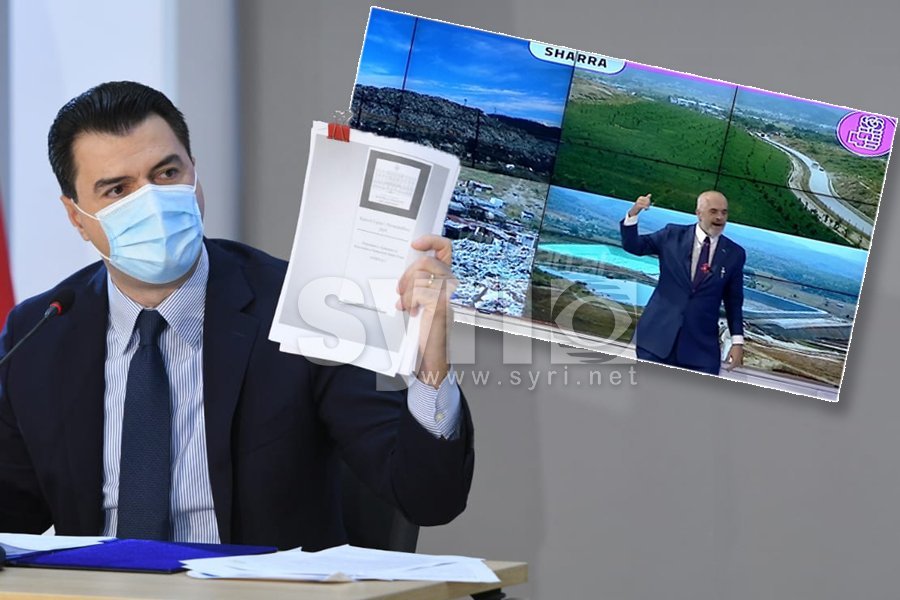 Basha shows proof from the incinerators affair: A company was registered only one day before the €400-million contract

The leader of the Albanian opposition, Lulzim Basha, has shown proof for what he has considered as “the century’s thievery from the government”, aka the incinerators affair.

“(Premier) Rama gave millions of Euros to a personas that has registered shell companies and is the owner of three incinerators”, the chairman of the Democratic Party (PD) said.

“In the case of Fier, it was registered with an experienced Italian company and bought the shares for 10 million Lek. There is no existing incinerator in Fier and Tirana, whereas that in Elbasan was not consigned to the municipality because it does not meet the contractual prerequisites”.

“Which government is mobilized and takes 17 decisions within a day for a company without competition that has an initial capital of 1 million Lek and earns €400 million?”