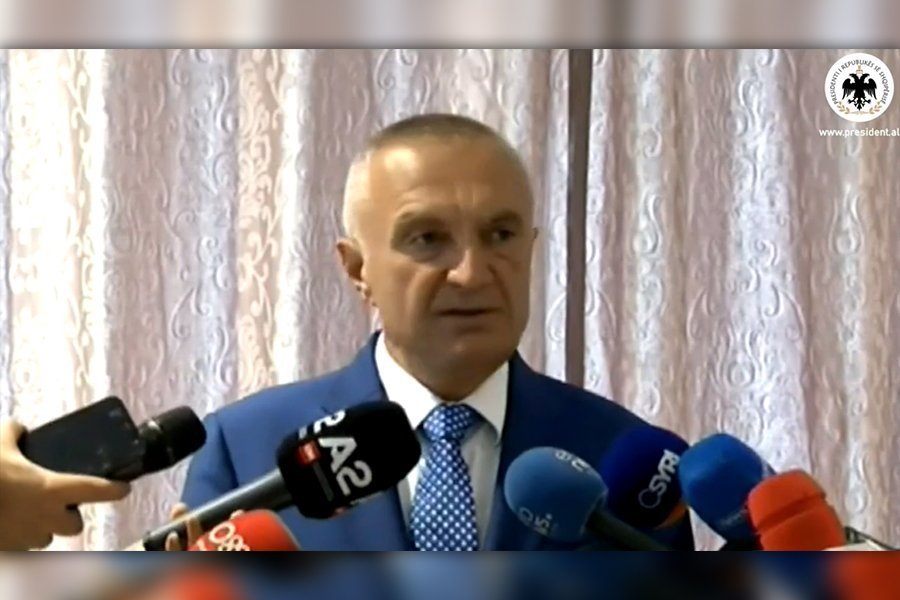 Albanian President Ilir Meta repeated his call to the political parties to respect the June 5 agreement, implying Premier Edi Rama would be the sole responsible should the agreement not be implemented. “There won’t be two culprits should the June 5 agreement be violated, nor four. Only one will be held responsible”, Meta said in press release, hinting at Rama, whose ruling Socialist Party is disrespecting the agreement.

“The question of opening the electoral lists belongs to the parties. For me, in the capacity of the President, important was and still is to respect the June 5 agreement, for which I thanked the ambassadors who contributed, as I did, especially by insisting that the opposition should not put a technical cabinet as a condition for the future elections, despite proof that this government rigs the elections openly and brutally”, Meta said, hoping that the parties will reflect on this.

“There will be only one culprit, who, for his personal sake, puts a question mark to the fates of four million Albanians”.