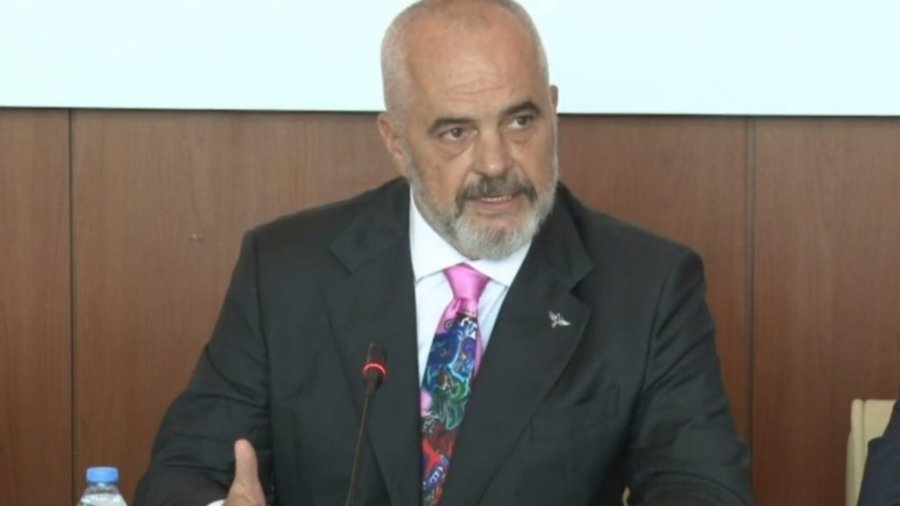 Albanian PM Rama in Kosovo: It’s time to unite, but I did not come here to make you unite

Albanian Premier Edi Rama said today he visited Kosovo in function of a “national need and for offering full support to Kosovo and all its political representatives in a time when something serious and totally unfair has occurred”, referring to the indictment of Premier Hashim Thaçi and Speaker Kadri Veseli.

Rama spoke to the media reporters at the Adem Jashari airport at the end of a two-day visit to Kosovo.

Rama added it is time for unity with one another for the sake of “our history and the next generations”.

“Whoever thinks or makes propaganda, even through an innocent comment in the social networks, that this is an act against a few individuals only or it is about using this instrument for a cleanse of the political scene or state seizure is either naïve or blind”, Rama said.

Asked why he did not meet all the parties together, Rama said the unity is not his business.

“I did not come here to unite all the parties or their leaders around a table. That’s not my business. Kosovo must be supported unconditionally and this is a duty for anyone that keeps the post of the rpime minister. Albania has not assumed the task of a caretaker or tutor that tells Kosovo leaders what to do. Mine are the opinions of a brother that lives in another house. This is a problem but also a privilege”, Rama said.