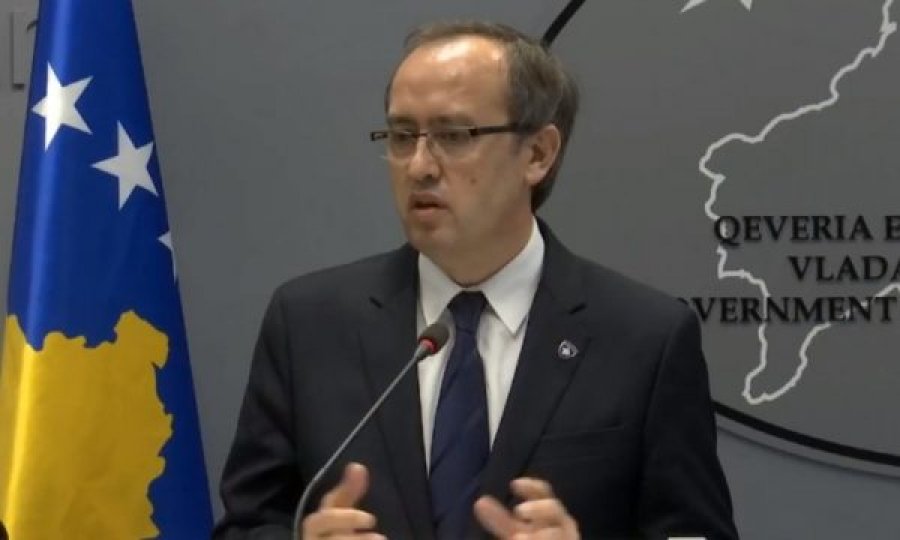 Kosovo Premier Avdullah Hoti rejected any discussion for border corrections between Kosovo and Serbia when in the meeting with Serbia President Aleksandar Vucic in the White House in Washington DC. The meeting was scheduled for today but it was postponed following the indictment of Kosovo President Hashim Thaçi and Parliament Speaked Kadri Veseli accused of war crimes by a special prosecutor in The hague.

Speaking in a press conference, Hoti declared his government has been clear from its very first day in office about what they will discuss with Serbia.

“We made it clear in what conditions we will negotiate and the only platform I have for the dialogue is the Constitution of Kosovo”, Hoti told the media reporters.

He added the territorial integrity of the country will not be discussed and the agreement will be about mutual recognition.

“We will not negotiate over the territorial integrity and the agreement must be in compliance with the Constitution. The agreement will be for mutual recognition and as a derivate for the normalization of the relations between the two countries”.