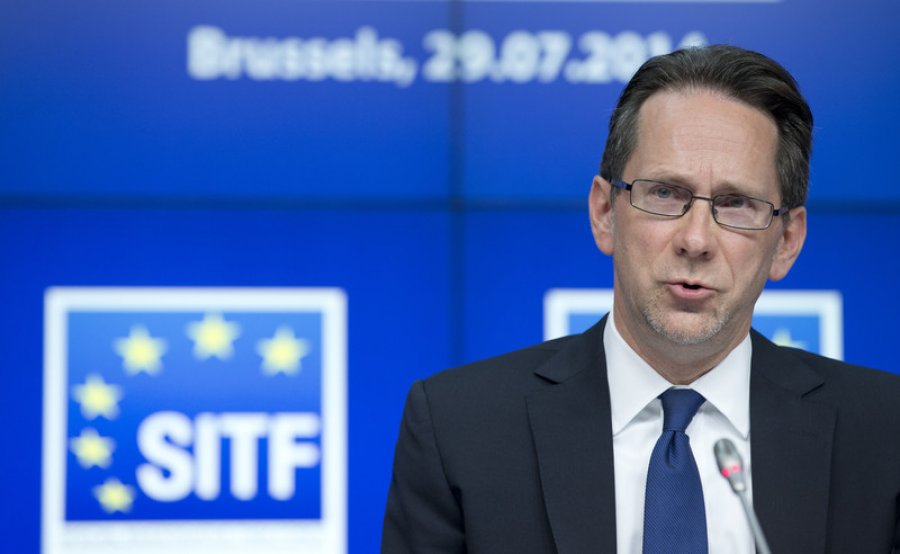 Indictments Are against Individuals, Not an Attack on KLA, Says Former Chief Prosecutor Clint Williamson

Ambassador Clint Williamson was the Chief Prosecutor of the European Union Special Investigative Task Force (SITF) in 2011, which started investigations on alleged crimes by members of the Kosovo Liberation Army (KLA) during and after the Kosovo War.

On Wednesday, following the publication of indictments against KLA leaders, including President Hashim Thaci, Ambassador Williamson has restated part of his team’s conclusions after their investigation in 2014. The material was published on the website of Arizona State University where Professor Williamson lectures.

Amb. Williamson: Statement on the Indictment of Kosovo’s President Thaci for Crimes Against Humanity and War Crimes

Today, the Kosovo Specialist Prosecutor’s Office in The Hague made public the existence of an indictment against President Hashim Thaci of Kosovo and other former leaders of the Kosovo Liberation Army (KLA) for crimes against humanity and war crimes. This is a significant development in an investigation that was initiated in 2011 with my appointment as Chief Prosecutor of the European Union Special Investigative Task Force. At the conclusion of my tenure as Prosecutor in 2014 I announced our preliminary investigative findings and closed by stating the following:

Some, in order to protect themselves, have tried to portray this investigation as an attack on Kosovo’s fight for freedom or on the KLA as an organization. Many Kosovars joined the KLA with the best of intentions and they rejected the rampant criminality that transpired after the war. Some of them have shown great courage and integrity by coming forward as witnesses and telling what they know about those who took a different path – those in leadership positions who embraced criminality and wanted to use the KLA to further their own personal objectives. So, it should be clear that this investigation and any charges that result from it, are directed at the criminal actions of individuals within distinct groups, not at the KLA as a whole.

Nor, is this an attempt to re-write history, as some have tried to present it. I was in Kosovo in 1998 and 1999 and I supervised the subsequent investigation by the ICTY of Serb-perpetrated crimes during that period, co-authoring the initial indictment against Slobodan Miloševi? and others for the crimes directed against Kosovo Albanian victims. I had a leading role in the exhumations of mass graves that occurred in the summer of 1999, where the bodies of thousands of Kosovo Albanian victims were recovered. I went to numerous crime scenes throughout Kosovo and I spent many hours speaking with victims and with family members of those missing or killed. So, from my own very direct involvement, I understand clearly what happened in Kosovo in the years leading up to the war in 1999 and in the war itself.

No matter what the circumstances are that led to that conflict, though, there is nothing that justifies the intentional targeting of innocent individuals. What happened in the aftermath of the conflict was not about defending Kosovo or fighting for freedom. Rather, this was a brutal attack on significant portions of the civilian population. It was directed at almost all of the Serbs who wanted to stay in Kosovo, many of whom were elderly or infirm; at the Roma and other ethnic minorities; and it was directed at those Kosovo Albanians who opposed a small group within the KLA having a monopoly on power. In the end, this was solely about certain individuals in the KLA leadership using elements of that organization to perpetrate violence in order to obtain political power and personal wealth for themselves, not about any larger cause. And, it is as individuals that they must bear responsibility for their crimes.

What I said in 2014 still holds true today. For those in Kosovo who are tempted to react with anger toward this indictment, and particularly for those in Kosovo who would try to incite public opposition to it, I would urge them to exercise restraint. These are serious allegations and the implications for those charged are likewise grave, but it is important that these accusations be addressed through a judicial process and that will follow in due course. At that point, I sincerely hope that there will be a clear resolution that delivers justice for the victims of these crimes – a critical step in allowing both Kosovo and Serbia to move forward and put this tragic period behind them.